Millennials get the brunt of criticism for the evolution of workforces, but it’s important to know that it’s not a generational issue, but rather a management one. 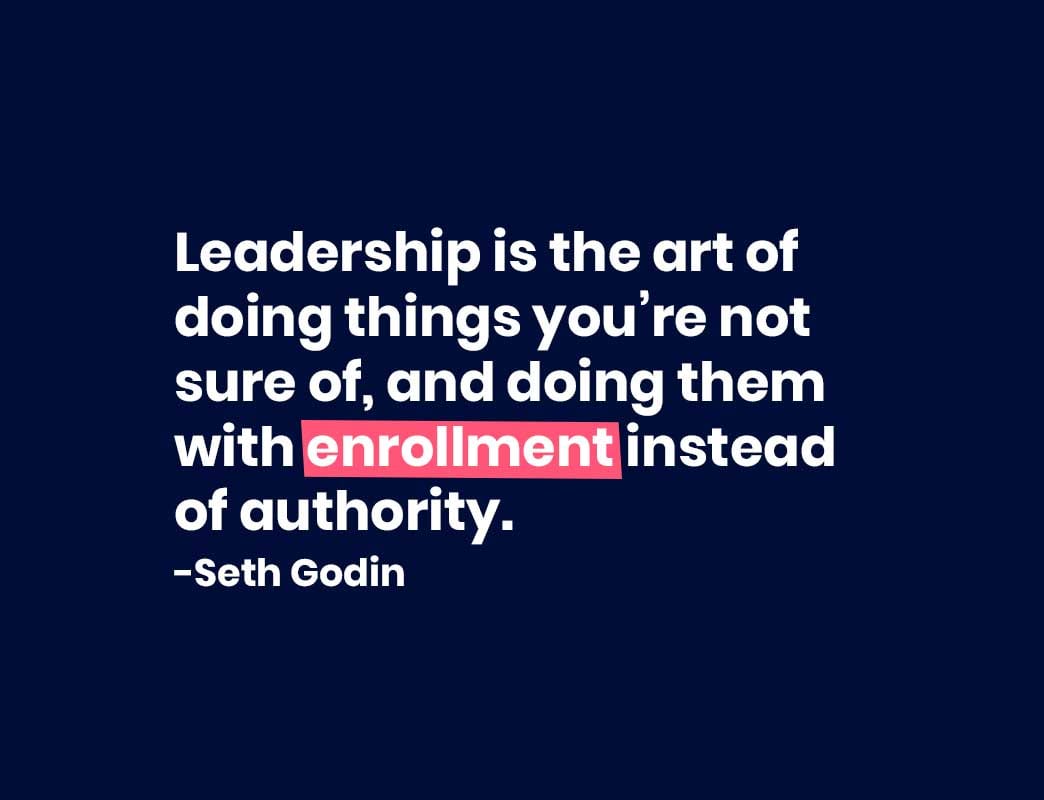 “Millennials need to suck it up and just stick to a job.”

“Millennials expect too much from their manager.”

The time spent at work today is so different from the typical 9-5. Workplaces now make up so much of people’s lives that when you’re working for someone who doesn’t treat you with respect, kindness or dignity, that’s going to take a toll on your quality of life. Millennials get the brunt of the criticism for the evolution of workforces, but it’s important to know that it’s not a generational issue, but rather a management one.

According to Gallup’s State of the American Manager report, one in two employees have left a job to get away from a bad manager and improve their overall life at some point in their career. The report goes on to say, “Having a bad manager is often a one-two punch: Employees feel miserable while at work, and that misery follows them home, compounding their stress and putting their well-being in peril.”

If your management style consists of any of the following outdated management practices, it’s time for a change.

Hierarchy Wins: You’re the boss and have the final say, always.

As Seth Godin puts it, “Leadership is the art of doing things you’re not sure of, and doing them with enrollment instead of authority.”

As a manager, you should let the best ideas win, always especially when they aren’t yours. This creates an inclusive environment where hierarchy is not the determining factor in how business proceeds. Direct reports want to be included in conversations that will drive the organization forward, be involved from start to finish and have opportunities to collaborate with leaders. It’s about shifting from boss to coach. And if there is a decision as a leader you’re making, it’s not because you “said so,” or “that’s the way it is”, it’s an explanation and a dialogue you have with your team.

Laziness: Relying on outdated HR tech to do your job for you.

Organizations have been so dependent on old school HR platforms to let them know how they’re doing…Yet the harsh truth is that pulse surveys, polling engagement scores and annual reviews don’t mean a thing to having happy and productive employees. The issue with outdated HR tech? It 👏 doesn’t 👏 fix 👏 the 👏 problem.

But they miss the point. They teach managers to be reactive rather than proactive.

Rather than wait for a pulse survey to let you know that an employee is feeling like a 2 out of 5, ask them how they’re feeling in your one-on-ones frequently and probe. This will allow you to have an ongoing understanding of where frustrations may lie and areas that you can focus on to better engage each individual on your team.

Annual reviews should never be treated as an excuse to move the focus away from feedback in one-on-ones because there’s a “designated time to talk about that”. Feedback contributes greatly to helping an individual grow, which as we’ve said is something millennials care about deeply. Jeff Lawson, CEO of Twilio puts it best:

Part of it is the short cycle of Internet feedback, and people who grew up with the Internet just expect quick feedback on things. That’s just part of the changing ethos, especially with younger workers. If you get into the habit of regular feedback, it’s not confrontational; it’s just the ebb and flow of conversation and a constant tweaking of how you work with somebody.”

Requiring that every meeting be in-person.

The workforce is becoming digital and managers need to adapt their management style to fit it.

With 70% of people globally working remotely at least once a week, it’s likely that some of your meetings will have to be moved from the real world to the digital one. With the rise of things like collaboration tools, video meeting software and better connectivity, meetings can be just as productive without being refined to a specific place.

Point is, managers don’t need to be sitting across the table from their direct report to have a productive meeting, you just need to be able to communicate with one another.

Micromanaging: It’s time to put more trust in the people you hired.

Do you really need to quadruple check that email and swap out the ❤️emoji in the subject line for 😍right before your direct report is supposed to send it out?

Rather than helping, micromanagers end up damaging relationships with their direct reports because it’s sending the message that they’re not trusted to get the job done on their own.

A study conducted by the American Psychological Association found that when employees felt valued by their employers, 92 percent felt satisfied in their roles, and 91 percent said they were motivated to do their best.

In contrast, micromanaging removes accountability from employees and makes them feel less valued. As a manager, you should remind yourself that you hired individuals on your team for their talent and skills, rather than for you to babysit day-in-day-out.

Trust your team. Encourage them to ask for help when they need it so that when you’re needed you can tag in and work together to come up with a solution. There are more important things for you to focus on.

However, if you don’t trust your team…

Be honest about why. Call out your own micromanaging behavior as well. This could sound something like, “I know that I’m micromanaging you right now and I’d like to explain my reasoning for that. I’ve felt that there has been misalignment in what has been expected and asked of you compared to what was actually done. Let’s figure out how we can rebuild our trust and give you every opportunity to improve together.”

Remember that the solution isn’t to continue micromanaging (and make employees feel miserable), but to give them every opportunity to build back trust and grow.