You’re a new manager – congratulations! Managing a team is a whole new world of achievements and triumphs…but also plenty of new challenges. And mistakes.

While a few first-time manager mistakes are inevitable with any new role, there are a few more common ones we can help you to keep an eye out for. And yes, there’s no shortage of “rookie manager mistakes” lists out there, but we’ve tried to go a bit deeper to find the bigger mistakes that can cost you a lot of wasted time, productivity and – most importantly – trust with your team.

Here are five first-time manager mistakes to avoid – and what to do instead.

1. Thinking your criteria for success is the same as before

You’re a star engineer. You’re the king of code. You’ve been praised time and time again for your initiative and creativity. And so you get promoted.

This kind of thinking can mean a new manager struggles with their identity and role, but also the direction of their team as a whole. How can you lead your team if you’re not 100% sure what direction you’re headed?

What to do instead:

To combat this thinking, Melissa recommends thinking about why you took the job or promotion in the first place.

“It couldn’t have just been a new business card and a new salary. Maybe it was, but as part of that contract with the organization, do you have clarity around what success looks like in the role? It’s not just individual success. What is success for you, and for your team, because that will help you figure out the new places where you can draw identity and be successful.”

In the same episode the People Leading People podcast, consultant Johnathan Nightingale offers up another common trap that new managers fall into when they’ve been recently promoted above their peers:

“They pretend it’s not a big deal. They don’t want it to be a big deal. These people are still their friends. They’ll go into their first conversation after the promotion is announced, and just act like it’s basically the same.”

In other words, you delegitimize your new role. Maybe because you’re worried you’ll cause a morale dip if they pull rank. Or maybe because you’re still getting used to the change themselves, and you genuinely don’t think anything will change about their working relationships. Maybe it feels too corporate-y or even pompous to change the way you interact with them.

But no matter what the reason, it will catch up with you.

“When they’ve got an employee who’s just not going to work on the stuff that you need them to work on, they’ve lost their ability to say, ‘Here are my expectations and you’re a member of my team,’” he says.

“You didn’t use that moment. You wasted it. You had that ability to say, ‘I know you. We get along. We’re friends, and we have different roles now.’ I think it comes from this pride thing that you don’t want to put yourself above anyone. You’re proud to be humble. That’s great, but it’s getting in your way, it’s making you less effective as a manager.”

Grab the moments. “I’m a big fan of moments,” says Johnathan. “There’s these moments all around you if you grab them, and if there isn’t one nearby, you can make one.”

For example, the first team meeting after your promotion is a huge opportunity. Use that time to recognize that a change has happened, and you have new goals now. Outline your expectations for the team, and how you’ll be working together moving forward. Even if it seems a little awkward in the moment, it will be well worth it in the long run.

A quick glance at Twitter shows you that one of the most common frustrations at work is wasted time in meetings. “Why did we meet about that?” “Why did it go 20 minutes over?” “Why did we take so long to start?” “Why is my day wall-to-wall meetings?!”

We’ve said it before: don’t blame the meeting. Blame the manager.

And we get it: good meetings don’t just happen like magic. It takes good habits (and an easy-to-use meeting management app 😏) – and it’s your job as manager to make sure those habits become a part of your day-to-day. Without them, it’s easy for meetings to become soul-sucking time wasters that your whole team dreads.

Set an example for the team. Use an agenda, arrive on time, take notes, keep the conversation focused, and stick to the time limits you’ve set. Our guide to effective meetings can offer up plenty more tips – and help you avoid the common meeting mistakes that can tank your meeting. Here’s a sneak peek 👇

This one came out in our CEO Brennan McEachran’s recent article on the biggest mistakes he made in our startup’s first eight years. And we know what you’re thinking: doesn’t your company do one-on-one meeting software? Yes. And if there was one thing that validated our business, it was this huge mistake:

This is so common around first-time managers because the worry is that they’re not worth your time. “As a first-time manager, I wasn’t sure at first,” wrote Brennan. “I wondered, is it really productive for me to take 10% of my time and distract people from what they’re doing to ask about how they’re feeling? It turns out the answer is yes. It was a hugely productive use of my time. It fixed like 90% of the problems we were having. There was a lot of pent-up feedback, and I found a lot of red flags.”

Schedule regular one-on-ones with your team. Use the first one with each team member to explain why you’re doing them, and what your expectations are. If you have a manager README, include info on your one-on-ones in there too. Plus, here are some other one-on-one templates to help you get started.

Create a culture of sharing by encouraging the feedback to flow in both directions. You’ll learn more about your team, you’ll identify issues way sooner and you’ll boost engagement. All wins.

5. Worrying (too much) about your team’s feelings

Hear us out on this: there’s nothing wrong with feelings. But, when you’re a new manager, it can be easy to care too much about them – and that can have disastrous results.

The radical candor framework created by Kim Scott warns against ruinous empathy: when someone is trying to be nice to spare someone else’s feelings.

At First Round’s recent CEO Summit, Kim talked about how ruinous empathy lead to the worst moment in her career:

“There was this guy who was working for me. We’ll call him Bob I really liked Bob. I really wanted to be nice to Bob. The problem was that Bob was absolutely terrible at his job. And he sort of knew it, and would come to me and say ‘oh, I’m worried,’ and I would try to reassure him and buck him up.”

10 months later. Kim realized that if she didn’t fire Bob, she was about to lose other employees as a result:

“Having tried to be nice to Bob for the last 10 months, having never criticized him because I was trying to be nice, I was now sitting in front of Bob firing him. And when I told him, Bob pushed his chair back, looked at me, and said, ‘Why didn’t you tell me?’”

Don’t avoid difficult conversations. That doesn’t mean you need to blindside your team every time there’s an issue – but delivering negative feedback is a skill that managers need to have. (Also, Radical Candor is a great guide for new managers looking to master the art of feedback!)

That’s it! Steer clear of these five first-time manager mistakes to ensure that your transition to management is as successful as possible. If you’re looking for more advice, check out these lessons for first-time managers from 30 leaders. Remember: a little extra work at the beginning will mean smooth sailing long term. ⛵️

Hypercontext makes being a manager easier, more natural and fun 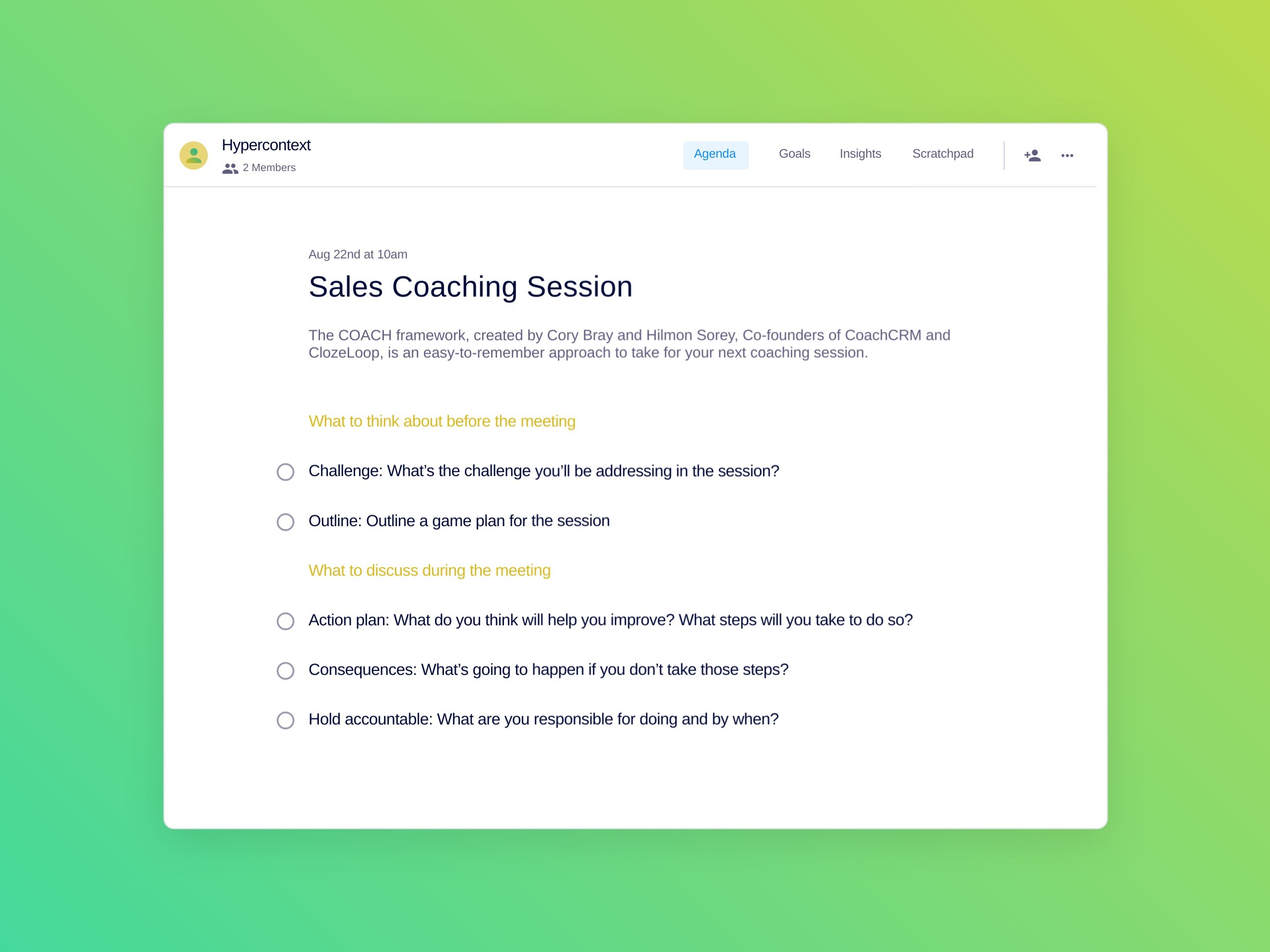 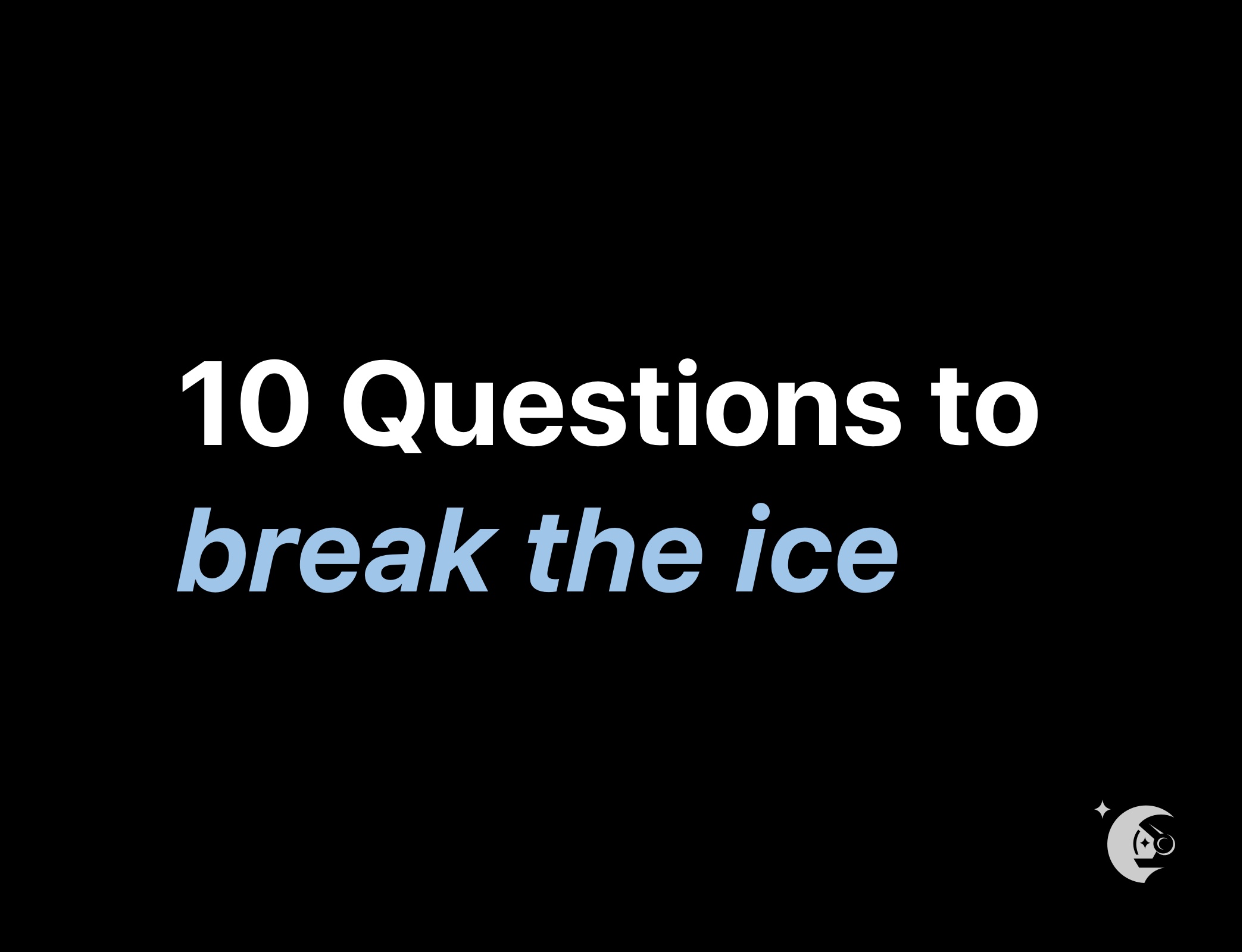