Why Tettra stopped scheduling their one-on-one meetings (and what happened next!) 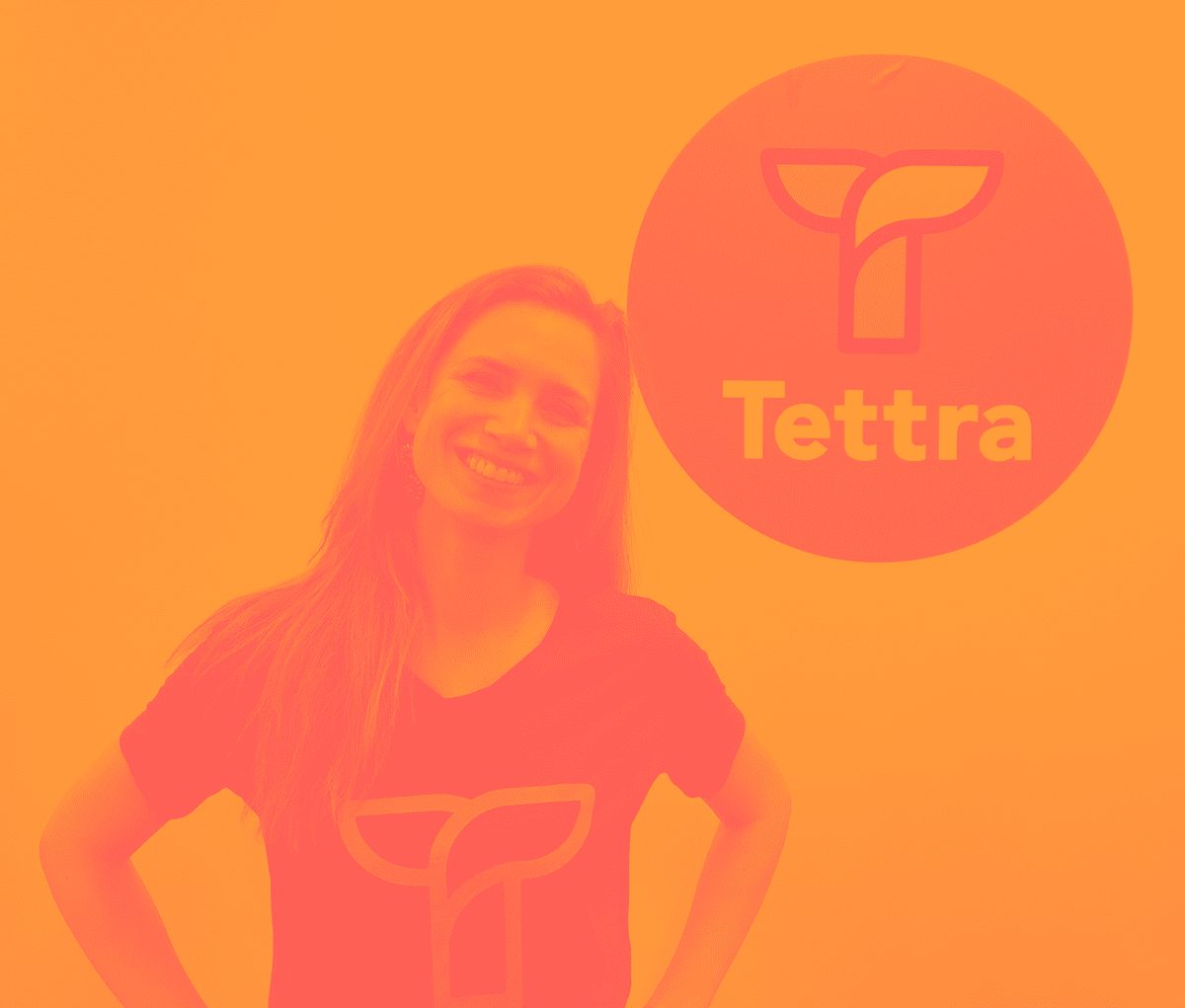 Wiki software maker Tettra believes in the power of one-on-ones.

But two months ago, the seven-employee company tried something a little different: they stopped scheduling their one-on-ones.

To any manager that does regular one-on-ones with their team, this might seem like madness. Tip number one on our list of one-on-one tips is “Schedule recurring meetings.”

Needless to say, we had questions. So we sat down with Kristen Craft, Tettra’s Chief Revenue Officer, to get the full story about their switch to non-recurring one-on-one meetings.

Let’s start at the beginning. What were things like before?

So we did weekly one-on-ones. They were pretty typical and that they were scheduled for a specific time on a specific day and, most of the time, they’re constant unless there are some sort of conflict. We did about half an hour for most of them. Most manager/reportee one-on-ones were edited to be 45 to 60 minutes.

In the terms of format, they were – I think there was some disagreement among us as a team about whether one-on-ones should be used for actual status conversations or blockers on projects, or whether they were more intended to be conversations about career development, personal or professional needs, that kind of thing.

So what led to the decision to make a change?

We ended up having a lot of conversations as a team about, what is the purpose of one-on-ones? Who should be having them with who? I think we kept trying to find black-and-white rules about what they should be for: Are they for status updates? Or are they about personal conversations? Should status updates be forbidden? Should a manager and a reportee have a one-on-one? Should people who have no sort of a reporting relationship have a one-on-one? And every time we tried to come up with certain binary stances or rules, we found ourselves constricted.

We realized we were placing this artificial constraint of the one-on-one format in terms of specifically the pre-scheduled one-on-one format onto conversations that were very good and totally valid, regardless of whether they’re tactical or a more philosophical.

It’s at that point that somebody said, “Hey, what if we did away with pre-scheduled one-on-ones entirely and simply agreed to have conversations as they come up?”

Interesting! What did you think of that idea?

I will be the first to admit that I was probably the biggest skeptic about this. I liked having those scheduled times. I think it’s important because otherwise, we wouldn’t be having these conversations. The opposite stance was – it will increase our likelihood of having these conversations and will actually accelerate them. Let’s say I am having this thought on Wednesday afternoon and my one-on-one had been on Wednesday morning. Rather than waiting a full week, I would just talk to somebody and say “Hey, do you have half an hour to talk through this thing that I’ve really been struggling with?”

And you know, I’m such a convert. I really am now a huge fan of how we’ve been doing this.

What were the first steps you took once you decided to make this change?

We have a weekly team lunch. We used one lunchtime to have a conversation about one-on-ones. Like what’s working, what isn’t working? Are there rules? If so, what should the rules be? And that was one we sort of decided OK, let’s try this sort of wacky approach and we’ll try it for a month and let’s then agree that we will all check back in with one another after a month to talk about how it’s going.

So we talked about it. What was interesting to realize is some of us, myself included, initially perceived the point to be, “Let’s not have one-on-ones at all.” But I think the point really was, “Let’s not delay having an important one-on-one conversations, and limit ourselves to the time we have pre-scheduled.”

Was the team jazzed about this idea? Were they divided?

It was definitely divided. And I was very anti.

I thought that it would mean that we are having fewer important conversations. And also that we just had fewer opportunities to connect with one another as humans.

The person who manages our remote team member in Australia was very opposed because it’s hard enough for them to stay on the same page as one another, especially given the time difference.

Do you still use meeting agendas for your unscheduled one-on-ones?

Yes. We did use them before. You know, it often felt as though you are coming with this list of four things or five things and the time being spent on any given topic was not well aligned with the importance level of any given topic that was on the agenda.

Whereas now, I might say, “Hey, Andy. I really need to talk to you about this for three minutes. It’s not super important but I think we need to come to a yes or no decision.” And we can have that conversation and then I could send a message again tomorrow saying, “Oh hey, this thing came up. Can we spend 10 minutes talking about it?”

So I guess these conversations are happening more frequently, but the notion of an agenda is still there. And when you reach out to somebody saying. “Hey, I think we need to sync up on this.” Both parties know what the topic of conversation is.

I think some weeks we’re meeting more often and some weeks, we’re meeting less often, which I love because it better aligns. There’s not this artificial expectation or formula about how often this meeting should take place. Instead, the frequency is dictated by whatever any parties are working on.

They are and I think they’re just happening in more casual ways. Like if you happen to be the first two people in the office and something sort of been on your mind or whatever, it kind of just happens organically.

I don’t know if this is correlation or a causation or just random chance, but weirdly, I’ve  noticed also that we are chatting more often at the lunch table in the kitchen area of our office. I’ve notice that more often these days, one person sits down to have some lunch and then another person will come and join them and then perhaps a conversation gets started about what they’re working on or thinking about. So weirdly, I think there’s also been an uptick in those more casual conversations.

This was going to be a trial for one month. Where are you in that process?

That month has passed. At the end of the month, we did spend some time during our weekly team lunch talking about it. And I think everybody was astoundingly aligned in terms of their satisfaction with the new format.

It’s been maybe two months in total that since we started doing it this way. I think we will probably stick with it for the foreseeable future. I would imagine that maybe we’ll come back and talk about it again, three months down the line or something like that. Just to make sure that we’re keeping a finger on a pulse of how it’s working.

One thing that I think we did that very much aligns with who we are and what we value as a company, is that documented on a Tettra page the conversation that we had about changing our one-on-ones. Sort of the pros and cons that we enumerated, the thinking behind decisions. So that now, when new people join the team and perhaps see we do things a little bit differently than they’ve seen/done before, they can visit that Tettra page and get the whole back-story on why we’re doing it the way that we are.

Do you see any challenges arising in the future?

I think that as we continue to grow as a team, especially with somebody who is maybe newer to the company or just fresher in their career generally, I do wonder: will we want to re-evaluate down the road? Like, does everybody on the team feel as empowered as they need to, to reach out for help or get the advice they need or what have you when something comes up?

We have a new team member starting in December who is more the more junior side and I’m just sort of wondering, will this system work for our new team member? You know, will he need more support and expect a regular touch base session? Will he feel as comfortable? Because most of us who are co-located here in Somerville, Massachusetts are fairly advanced in our careers. You know, this is not our first rodeo so we feel very comfortable approaching one another bringing stuff up when it comes up.

Thanks to Kristen for telling us all about Tettra’s experiment! For more on how amazing companies do one-on-ones, check out our interview with Engineering Manager Kara McNair, on how Buffer does remote one-on-one meetings!

Have amazing one-on-ones with Hypercontext 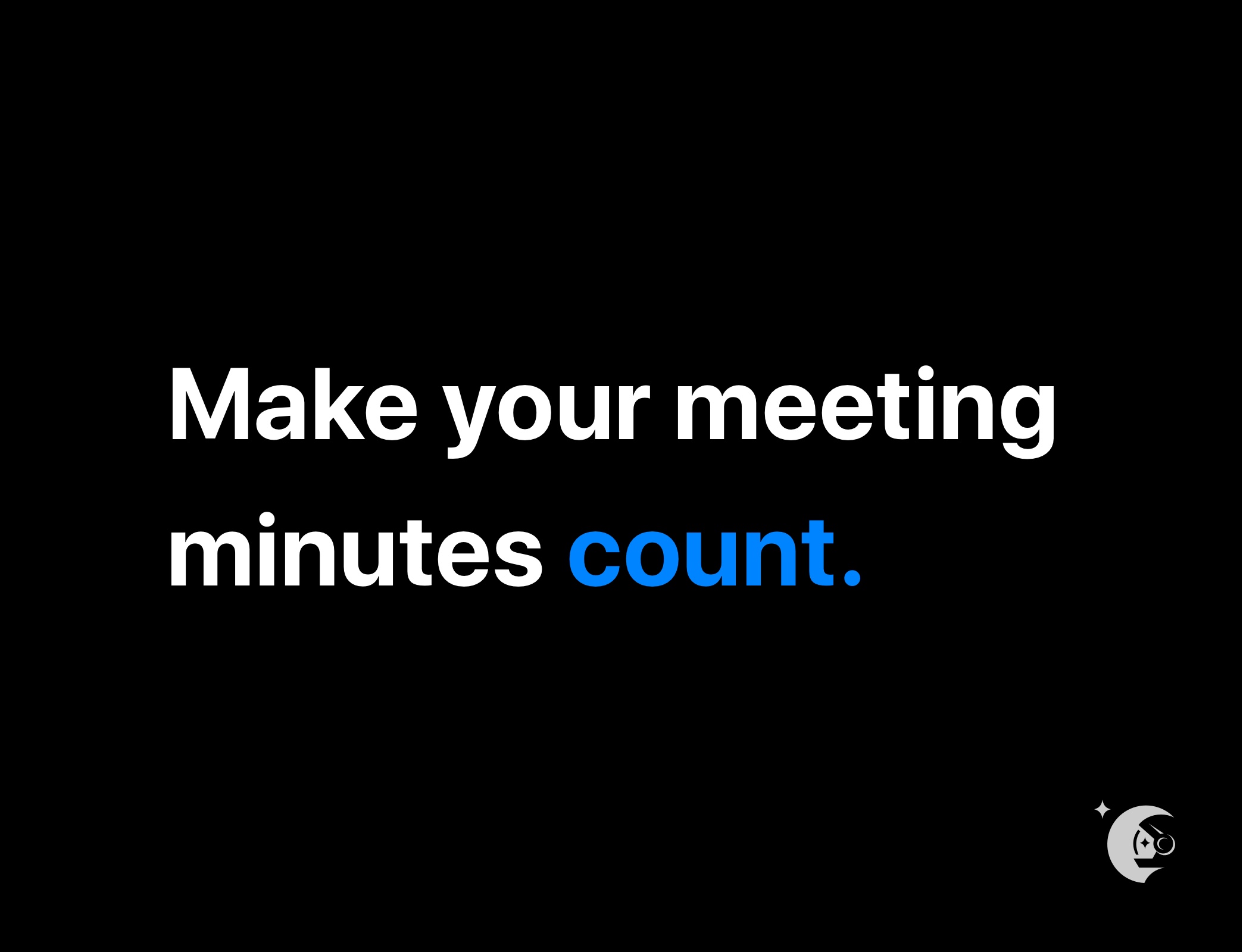 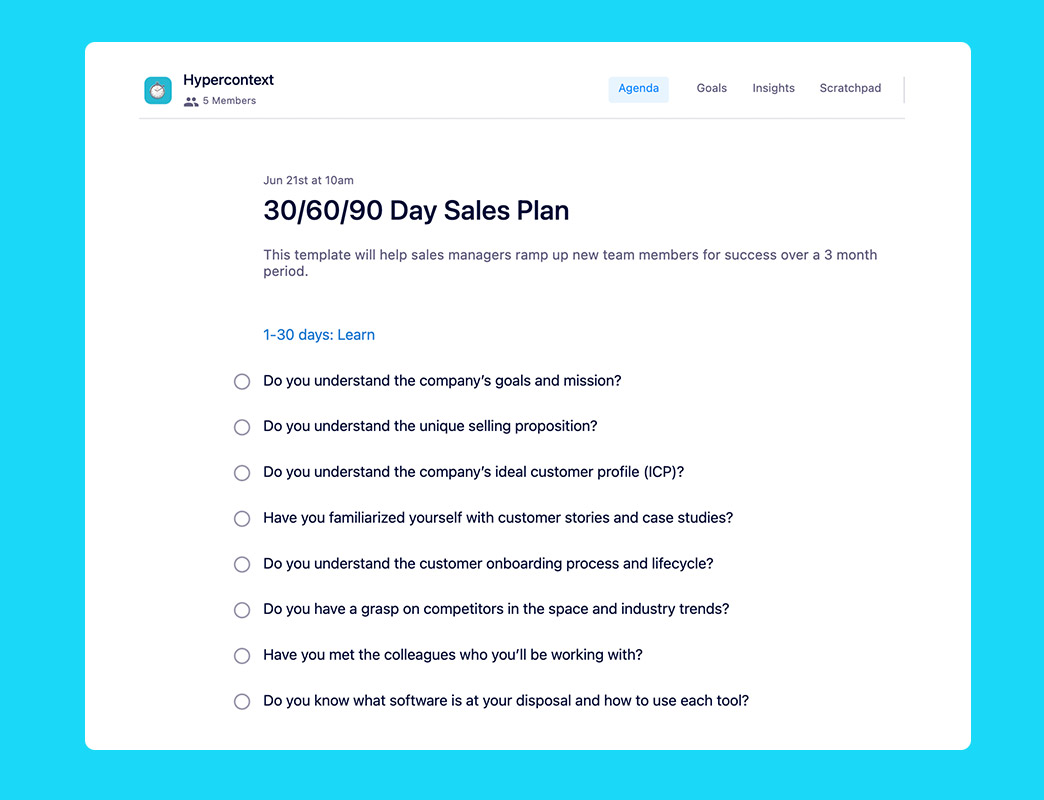