All recognition is a form of reward, but not all rewards are recognition. Learn more about the difference between rewards vs recognition and when to use them. 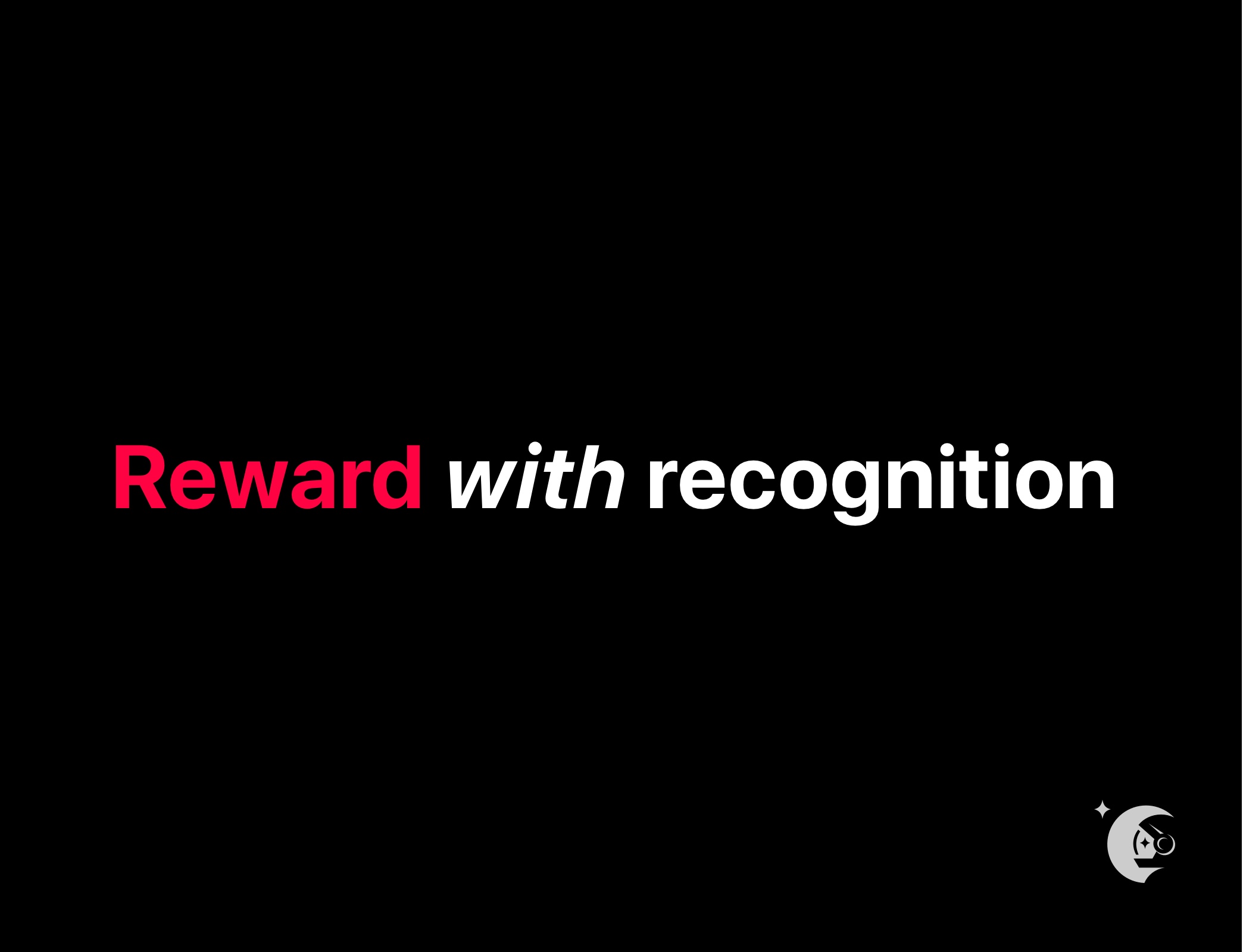 The challenge of motivating employees to perform to their full potential is one that every workplace faces. Managers can feel that their staff would be more productive if they were more committed, while employees typically feel overworked and undervalued.

So what are the best methods to increase employee engagement and encourage them to bring their full selves to work every day?

There’s no silver bullet, but there are a number of ways to to help motivate and retain your team members.

This article looks specifically at the different types of rewards, the difference between rewards vs. recognition, and when to use each. The short of the long: They fulfill different needs, so what type of reward you use depends on the individual and their needs (cc: the Employee Engagement Hierarchy).

This typically refers to financial rewards (also known as extrinsic rewards) like pay raises, bonuses, gift cards, or any other tangible reward which is given to a person in recognition of their performance.

Overall, while providing extrinsic tangible rewards is generally seen as a reliable and effective way to encourage and motivate staff performance, as you can see, there are some downsides considering. Fortunately, it’s by no means the only way to motivate people.

While monetary rewards can certainly provide short-term motivation and drive, it generally doesn’t drive long-term engagement and must be continually invested in to make it succeed. In fact, The State of High Performing Teams in Tech report found that while tangible rewards like benefits are important for motivation, fulfilling/challenging work is actually ranked as more important.

In terms of workplace collaboration, rewarding individuals can risk discouraging teamwork, as individuals seek to outperform each other, rather than work together to achieve targets. This has the potential to create disharmony in the workplace as staff vie for the reward rather than focus on quality work.

This can include verbal or written recognition of an employee’s achievements, skills, or overall performance. This can be in a team meeting or one-on-one, or in a casual midday chat. Research has found that it is intrinsic rewards and recognition that tend to drive employee motivation on a day-to-day level, rather than the tangible rewards.

While there are some concerns that recognizing individuals for their performance might lead them to ease back their work effort — while not recognizing others could leave them feeling devalued — these issues can be overcome.

For the most part, intrinsic rewards continue to motivate employees afterwards, as they want their employer to feel that the recognition was justified. And recognition shouldn’t only be for huge milestones or achievements. It’s something that should also be used for small achievements, to maintain motivation, especially when the team is working on bigger tasks.

The fact of the matter is it’s difficult to differentiate rewards from recognition because recognition is a type of reward. It’s one of three types of primary rewards to which people respond.

But which reward you use matters less than the variableness of the reward. Based on research done by Skinner and implemented as part of Nir Eyal’s Hook Model, variable schedules of reward are a very powerful motivating tool. It’s human nature to be more motivated to do something when there’s a reward at the end of it, and this is only heightened when that reward varies.

There are three types of rewards (two of which we’ve already covered) that keep us motivated:

Hypercontext’s CEO and Co-founder, Brennan, explains the various rewards and when to use them below:

It’s often said that it’s the glass of water that cures a headache, not the medicine that was washed down with it. Could this be the same for rewards? Is it really the psychological rewards that employees gain from feeling valued and engaged in meaningful work that encourages them each day, rather than the hope of receiving a tangible reward?

Either way, there are compelling gains to be made from creating a workplace culture that celebrates and promotes the achievements of staff through all 3 types of rewards. Contrary to popular belief, it requires no financial investment, and provides long-term benefits to employee satisfaction and workplace productivity. Best of all, it’s something that can be started straight away.

A positive feedback loop starts in your meetings 👇 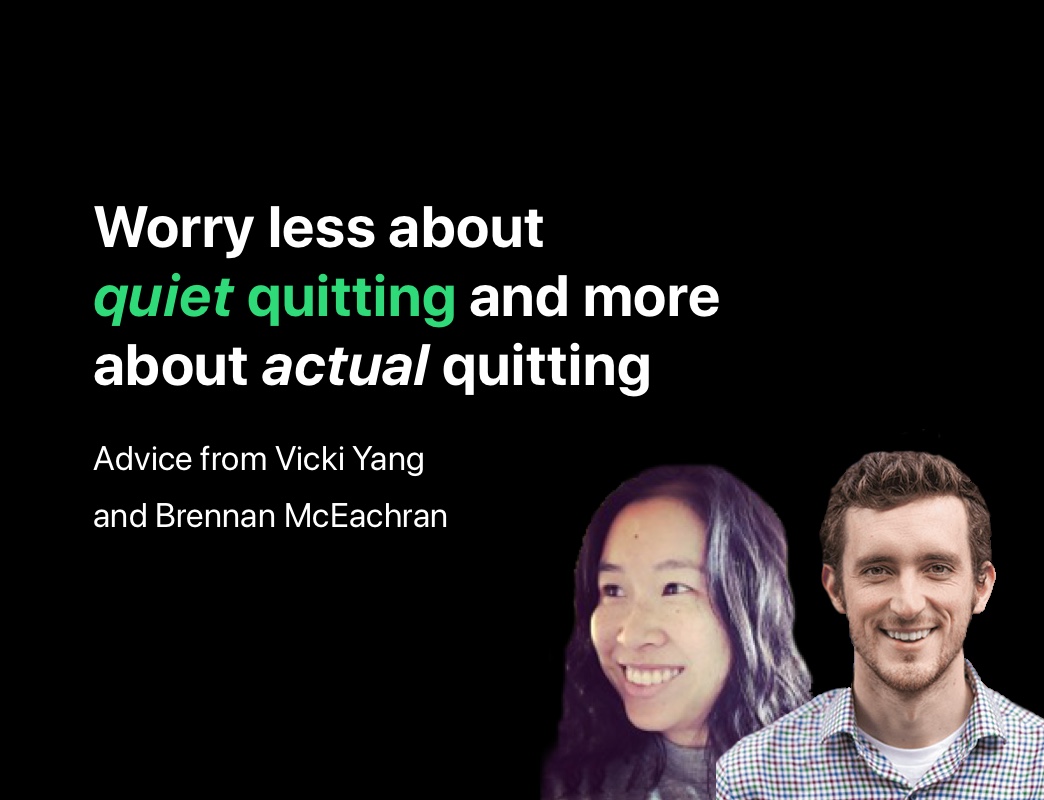 Quiet quitting: It’s not as scary as you think

The term “quiet quitting” has taken over newsfeeds everywhere, and everyone has an opinion on the polarizing topic. It instills… 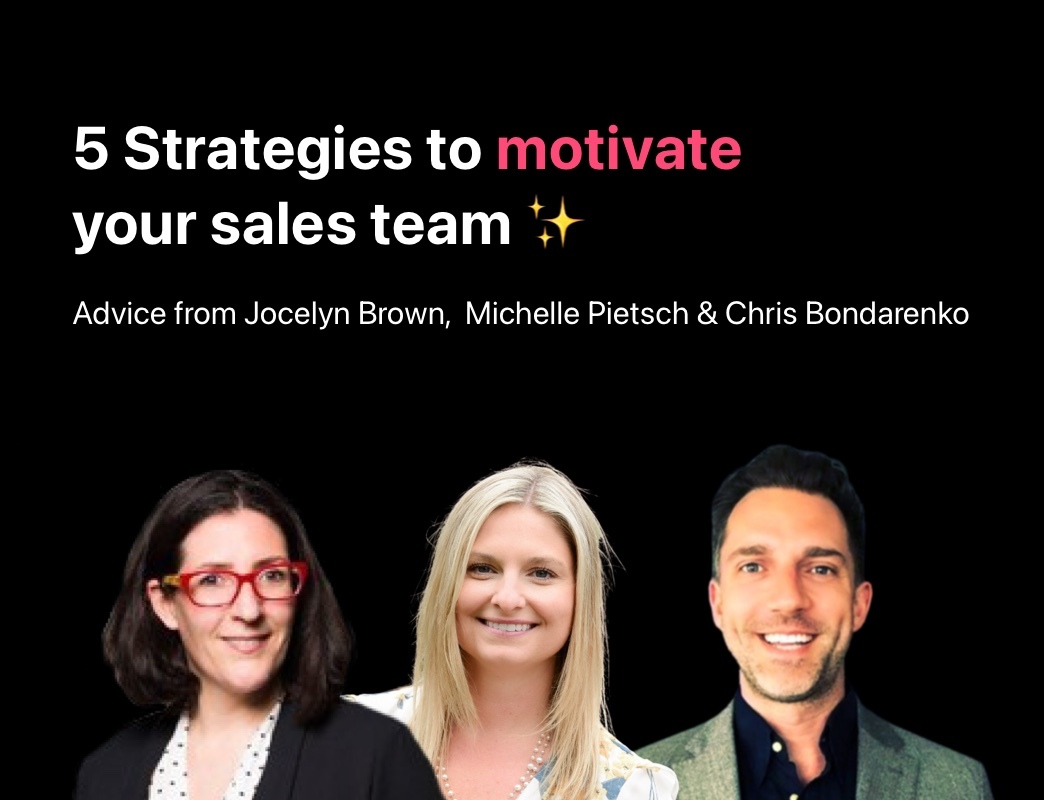 Money isn’t everything: How to motivate a sales team

According to The State of High Performing Sales Teams, 64% of salespeople agree that “competitive salary and benefits” is a…