7 reasons why amazing managers do one-on-ones 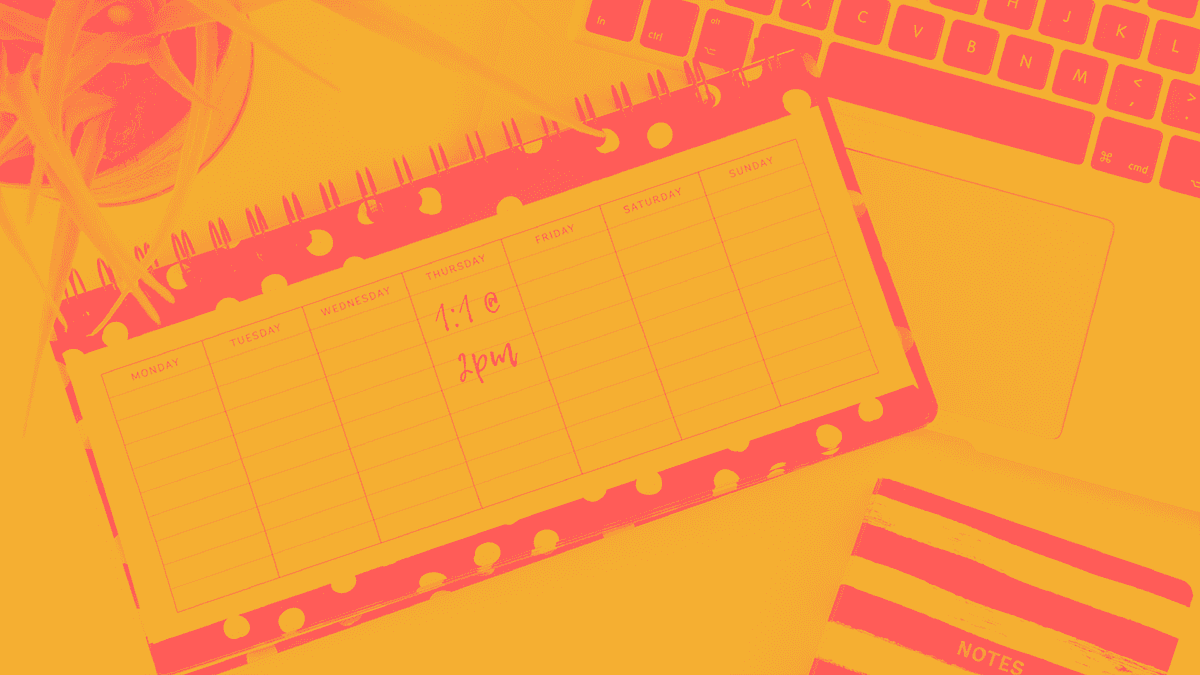 In other words: amazing managers do one-on-ones.

Here are seven reasons why. (And why you should do one-on-ones too!)

Obviously you communicate with your team on a daily basis. But do you really talk to them? After all, meaningful conversations don’t always happen organically in the workplace – and if you’re leading a remote team, this becomes extra challenging. That’s why so many managers swear by setting aside time for weekly one-on-ones where they can actually connect with their teams and talk about “topics of substance.”

Here’s how Slack’s VP of Engineering, Michael Lopp puts it:

“Business is full of people worrying loudly about projects, process, and other people. These people have opinions and they share them all over the place — all the time. This collective chatter is part of the daily regimen of a healthy business, but this chatter will bury the individual voice unless someone pays attention.”

2. One-on-ones foster a sense of ownership

It’s so, so (so!) important that your team has a sense of ownership. Not sure what that means? Here’s how we put it in our post on ownership at work:

“We take ownership when we assume responsibility over a target or result. It’s the opposite of passing the buck or making excuses. Someone with a strong sense of ownership would say, ‘I need to do this task, I can do it, and I, therefore, own the responsibility for achieving success.’”

One-on-ones help to foster a sense of ownership among your employees for one singular reason: it’s their time. For 30 minutes a week, they call the shots. They decide what you talk about. They make the agenda – or, at least, it should be a shared responsibility (which is why managers love our free shared one-on-one agendas!).

3. One-on-ones prevent tasks from falling through the cracks (no micromanagement required! 😅)

One-on-ones shouldn’t be a status update – that’s a message we hear again and again in manager READMEs. So, the main goal of a one-on-one shouldn’t be to go over their to-do list. However, creating an open, honest conversation with your team members does ensure that if there is a roadblock looming on the horizon, if there is a prioritization issue, if there is a problem, you’ll know about it.

And this is an important point for managers that make the argument that one-on-ones aren’t worth their time (organizational psychologist Karlyn Borysenko has something to say to those managers, BTW). One-on-ones aren’t a time-waster for a number of reasons, but they can also save you time when it comes to identifying roadblocks and challenges that your team might be hesitant to bring to your attention. Or, without a chance to take a breath and talk things through, they might not even realize that something has been standing in their way – one-on-ones can shed some light on that, too.

Your employee makes a mistake in March. Annual performance reviews take place in January. That means you have to wait 10 months to remedy the situation?! No way!

Continuous feedback is gaining a lot of traction in the past few years, and one-on-ones are playing a critical role in that process. Which makes sense – it’s a win-win situation to correct problematic performance on a weekly basis, rather than a yearly basis, right?

But one-on-ones are also great for encouraging feedback in the other direction, too. And that’s no easy task. Bringing up criticism can be challenging no matter what, and when it’s your boss, it can seem impossible. That’s why it’s crucial for you to make one-on-ones a safe, easy and rewarding place for you both to share and receive feedback. Create an environment where if they are thinking, should I bring this up?, the answer is always yes. As Mark Rabkin writes, “Don’t want them to pass? Make it wonderful to tell you hard s***.”

While we’re on the topic of feedback, regular one-on-ones with your team can also make delivering that critical feedback easier – on both of you.

It’s not going to be the same for everyone. Some managers firmly believe that one-on-ones aren’t the right time and place for disciplinary conversations. Other managers say that one-on-ones should always be a little awkward, always a little challenging.

But whether or not you’re actually using one-on-ones for those trickier talks, the relationship you’ve built through weekly one-on-ones will absolutely make the hard conversations a little bit easier. You’ll have built up a safe foundation so that your employee feels comfortable being vulnerable in front of you. So, when you bring up a problem with their performance or protocol, they’ll be more open to discuss it calmly, and find a solution. And what more could you ask for from a difficult conversation? 😌

Yes, we’re starting to repeat ourselves. But we’re still going to mention this:

You ask your team for feedback and insight into how the company can do better. You collect their completed surveys, deliver them to HR, compile their responses, and finally get back to them – six months later. By then, some of your star performers will have probably already moved on to a company that actually listens to them in a timely manner.

But here’s the thing: you don’t need engagement surveys to listen to your team. You just need one-on-ones: that magical block of time each week where they can tell you what’s up. You might not get a mind-blowing insight every single week (or maybe you will!), but amazing ideas will definitely arise once in a while – and without one-on-ones, those ideas will fall on deaf ears.

“A 1:1 is your chance to perform weekly preventive maintenance while also understanding the health of your team,” writes Michael Lopp. “A 1:1 is a place to listen for what they aren’t saying.”

When you’ve laid down the framework of trust and honesty in your one-on-ones, your team will come to you with those mild irks that you can easily deal with – before they become major issues for you to address. And if bigger problems do arise, you hear about them ASAP (and not in the exit interview).

⚡️ Update: Amidst the Great Resignation, this is more important now than ever.

There you have it: seven reasons why amazing managers do regular one-on-ones with their teams. One-on-ones can offer many things to many people, but perhaps the most important benefit is also the simplest: they help you connect. As Ben Horowitz of venture capital firm Andreessen Horowitz puts it:

“In the end, the most important thing is that the best ideas, the biggest problems and the most intense employee life issues make their way to the people that can deal with them. One-on-ones are a time-tested way to do that, but if you have a better one, go ahead with your bad self.” 😎

Pssst: if you’re ready to give one-on-ones a try, check out our recent article, How to have one-on-ones with your employees for a nine-step plan to get you started. And then you can use our ultimate list of 23 one-on-one tips to make them amazing!

Use Hypercontext to have amazing one-on-ones