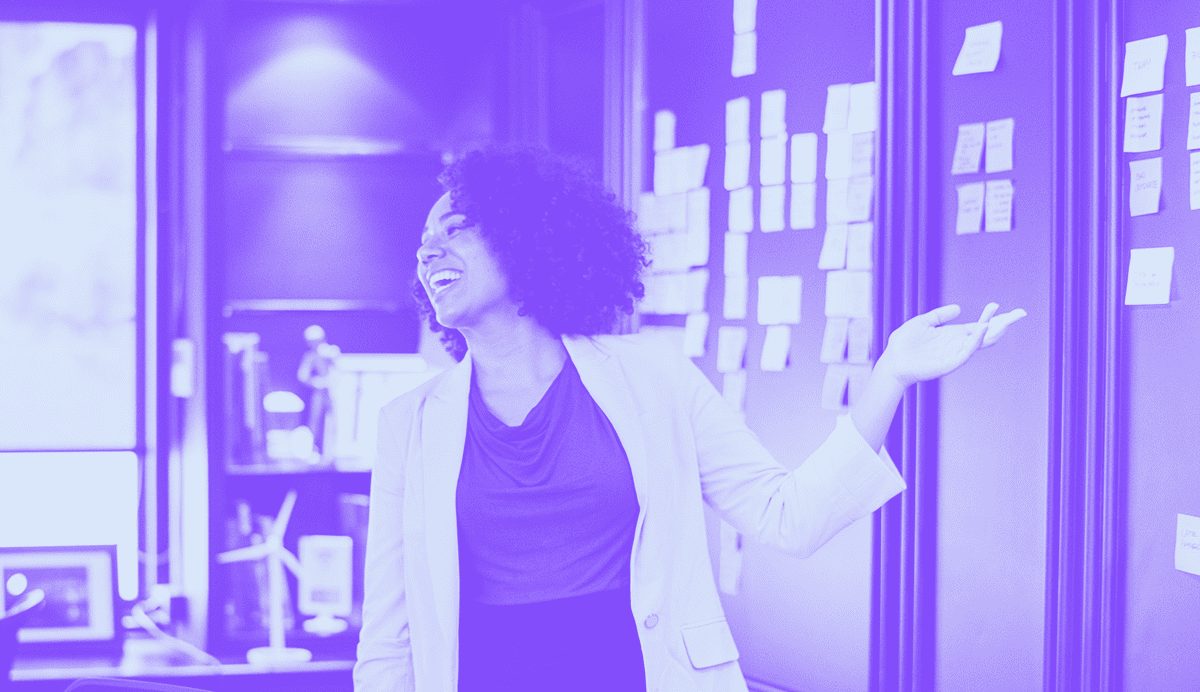 165 people are gathered together for “holy time” – a.k.a. The weekly half-hour all-hands.

“It’s called holy time because the implication is you have to be there, it’s not optional,” explains Mike Katchen, co-founder and CEO of Wealthsimple. “It’s holy, it’s special.”

We first learned about “holy time” when we had Mike on episode five of the SoapBox podcast, People Leading People. And while many companies book in regular all-hands meetings with their team, Wealthsimple has gone above and beyond to use that special time to foster open communication and transparency in the workplace. How? With FUD, AUA and Kudos.

Here are three things Wealthsimple does in its all-hands to encourage transparency, communication and honesty among its team:

After going through the more nuts-and-bolts sections of the all-hands agenda (like news and metrics), Mike and his co-founders do FUD. “It’s a concept we stole from Stripe: fear, uncertainty and doubt,” explains Mike. “It gives anybody in the company the chance to air what we call an ‘existential concern’ about the business.”

And management won’t jump to respond to the concern, either – though they’ll definitely follow up on it later. “It’s cool,” says Mike. “You just let people say things that are on their minds that are concerning and you just let it linger.”

We know what you’re thinking: isn’t that terrifying for the employees? To get up and point out their most deep-rooted fears about the company? 😧 “For sure,” says Mike. “But I would say we care deeply about transparency. We want people to feel that it’s okay to have those concerns.”

"FUD – fear, uncertainty and doubt – gives anybody in the company the chance to air what we call an existential concern about the business." – @mkatchen of @wealthsimple Click To Tweet

To foster that sense of transparency in the workplace, Wealthsimple makes board documents accessible to everyone in the company. They don’t lock a lot of Slack channels. They try to talk more, and email less. “The concept behind it is smart people when given access to information make smarter decisions,” he says.

But even more than the transparency element is the idea of open communication: a culture where it’s OK (and encouraged!) to ask tough questions without fear of repercussions. Case in point: they launched anonymous FUDs to encourage people who were more nervous to still share their worries – and while it meant they were getting more FUDs overall, Mike isn’t sure it’s the right fit for Wealthsimple.

“It undermines that culture you’re trying to create where you feel comfortable saying things. You don’t want people to perceive FUDs as like internet trolling, where it just places the focus on bashing ideas or concepts.”

AUA (Ask us anything)

If an employee is looking for a straight-up answer to a pressing question, that’s where AUA comes in. They spend five to 10 minutes each week with an open floor where the team can ask Wealthsimple’s founders anything they want.

So while FUD is about voicing your fears and concerns, and letting them linger, the AUA section is about getting an immediate response or reaction to a question.

It comes back to the focus on transparency and open communication. AMAs (or AUAs, in Wealthsimple’s case) address the iceberg of ignorance – the idea that management is only aware of 4% of an organization’s front-line problems. In other words, you don’t know what you don’t know – or, what they don’t know. So you need your team to fill you in so you have transparency in both directions, across the company.

Psst…SoapBox can help you run amazing AMAs! 🎉 Our Discussions feature lets employees submit and vote on their questions, so the top-voted questions move right to the top!

The last item that Mike and his team adds to every Wealthsimple all-hands meeting agenda is Kudos. As the name suggests, Kudos is about acknowledging individual members of the team.

“Kudos is celebrating values,” says Mike. “We have five values, which we’ve tried to make something that aren’t just posters, but are things we live. The way we do that is we celebrate people that have lived up to them. We hire against them, fire against them and make it part of the company conversation.”

So not only does Kudos boost employee engagement through recognition and acknowledgement, it’s also an opportunity to reiterate Wealthsimple’s values. Again, and again, and again. Communicate repeatedly how these values align with its culture, its strategy and its business as a whole – and continue to foster that transparency and open communication, week after week.

And that’s really the goal of all three of these all-hands meeting strategies: to ingrain that openness, honesty and sense of transparency in the workplace across the entire culture, every single day. “That’s the chance I get every week to get up in front of the company and talk about values and vision, celebrate success stories,” says Mike.

Have amazing meetings with SoapBox

Get started with SoapBox